Cleve runs an award-winning studio in Hampton Wick, south-west London, and has been designing gardens since 1990. Projects are diverse, ranging from contemporary urban spaces to large country estates mostly in the UK, occasionally abroad.  These, in turn, vary in style according to the house and its surroundings but essentially they are spaces that are both engaging and restful.

Whether in town or in the country, his aim is to combine structure with sensuality, the classic with the contemporary, invariably with an element of surprise and always with a keen sense of space, artistry and craftmanship. 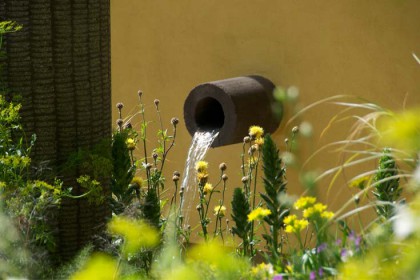 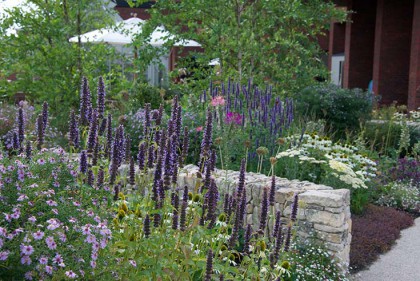 A committed vegan, Cleve’s respect and concern for the environment and all its lifeforms has inevitably led to a veganic approach to his work.  Human intervention therefore is kept to a minimumto mitigate biodiversity and habitat loss while opportunities are explored to enhance and improve landscapes for wildlife to flourish.

Cleve has designed several gardens for the Chelsea Flower Show, six of which have won RHS Gold Medals. He is the only designer to have won Best in Show two years in succession (2011 for the Telegraph & 2012 for Brewin Dolphin). He writes for newspapers and magazines and his first book ‘Our Plot’, celebrates a decade nurturing an allotment in nearby Bushy Park.  His second book, ‘The Garden of Vegan’, will be published by Pimpernel Press in May 2020.

2011 – Gold Medal and Best in Show. Sponsor -The Telegraph

1994 – Silver-Gilt Medal and George Cooke Award (for the most innovative garden).

Cleve’s design for Horatio’s Garden has won three awards at the 2014 Society of Garden Designers’Award Ceremony including Commercial or Community Garden Award, The Homes and Gardens’ Peoples’ Choice Award and the Judges Award. Click HERE for more details.